President Trump spoke with China’s leader, Xi Jinping, today about the rising tensions between China and North Korea. This call came after President Trump said that China would need to assist the U.S. in monitoring North Korea in a TV interview.

North Korea is threatening to test its sixth nuclear weapon. A Chinese state newspaper has promised to cut off North Korea’s oil if the country does, and the U.S. is currently sending Navy ships are hovering near the Korean Peninsula in a show of force.

The same Chinese newspaper warned North Korea to not have a “head-on collision” with the U.S. If the country did not cease its nuclear activities, “it may be difficult to have another chance to correct its strategy.”

It’s clear that both China and the U.S. are serious about restraining North Korea’s dangerous behavior. How far will this go, though? Will the United Nations approve sanctions? Will military force be used?

We are starting to see space tourism more and more frequently in Syfy films, and it seems that it is starting to become an idea that is in it’s own time. Regular space travel is something that is expected to happen in the future, and now is becoming more and more in sight. Many different private companies are starting their own foundations for space travel, and are hoping that they can start regularly taking people to space for tourism. Not only could this set a strong foundation for frequent space travel, but it could unlock ways to take us in to deep space with technological advancements. This will be a huge progression for our world as we know it, and as we keep making advancements, then colonies on other worlds may not be too far out of reach.

Last week Delta faced a lot of customer outrage after cancelling and delaying over 600 flights. This week, United Airlines has come under fire after footage of a passenger being dragged off an over-booked flight surfaced online. United also banned two young girls from boarding a flight after saying that the leggings they were wearing were inappropriate.

With all these hits towards major airlines, it’s interesting to wonder if it will really have an influence over their business. If there’s anyone else like me, I’ll take the cheapest flight to anywhere and it doesn’t matter so much what the airline is. The statements from the airlines lack any sort of empathy, and it will be interesting to see where things go from here.

More about the United incident here.

While the Trump administration had been accused just last week of being overly-chummy with Russia and its leader, Vladimir Putin, the relationship has made a dramatic turn-around in very little time. Trump went from saying that Putin was a better leader than Barack Obama, and that he hoped he (Putin) would be his new best friend, to blaming Russia for much of the situation in Syria with chemical warfare. This left many politicians’ (and my own) head spinning. What brought this extreme turn-around? What does this mean for the future of the United States’ relationship with Russia? Will the stance of the administration shift again in two weeks, as seems to be a pattern with this administration?

Earlier today, President Donald Trump stated that Russian President Vladimir Putin must take credit for a portion of the current crisis in Syria and must therefore be blamed for not participating in the efforts toward bringing peace to the country. He said, “I really think there’s going to be a lot of pressure on Russia to make sure that peace happens, because frankly, if Russia didn’t go in and back this animal, we wouldn’t have a problem right now,” the “animal” referring to the Assad regime.

Secretary of State Tillerson was in Russia meeting with Putin and other Russian leaders and expressed similar sentiments  Mr. Trump, however, has been continually declining opportunities to discuss his strategies regarding Northern Asia and the Middle East. Of course, security is always a concern; however, the media and his allies have been left clueless as to what exactly Trump intends to do if the international cooperation he is expecting does not pull through.

In 2013, the US and Russia brokered a deal to rid Syrian-regime leader Assad of all of the chemical weapons in his holding. This was met with great public acceptance, and the US government spoke broadly of its success in eliminating all of the weapons. However, with the recent rise in chemical weapons use, and especially the recent attacks in Syria which killed at least 85 people, it has come to the general public’s knowledge that the 2013 news wasn’t fully accurate.

Chemical weapons are again in use by Assad, and some are saying that Russia is complicit. These are horrible weapons that cause such terrible destruction, and it frustrates me that something of such important was falsely portrayed to the general public. Now, the US must try to solve this problem a second time, which may not be so easy.

Parents of students with disabilities are often left feeling unsure of the best option for their child. The public schools seem to only offer large classes and lack the individual attention required for disabled children. Thus, the benefits of private school vouchers seem to be a life-saver for such students, and their parents. Voucher systems for special needs students have been heavily supported by the current administration and secretary of education. However, these voucher programs have hidden costs which may be harmful for the child and the family.

When disabled students use private school vouchers, they must sign away their federal rights guaranteed under the Individuals with Disabilities Education Act. While the private schools may be suited to such children, many are not. These children lose their right to free education and their parents are left to pay additional fees ranging from $5,000 to $23,000. The curriculum of the student does not need to be specialized for the student’s needs at the private school. These private schools may be ill-equipped to meet the students’ needs and yet they continue to receive support through the voucher programs. These lost rights are often not understood by parents when they choose to use vouchers and can have serious costs to the education of their child. 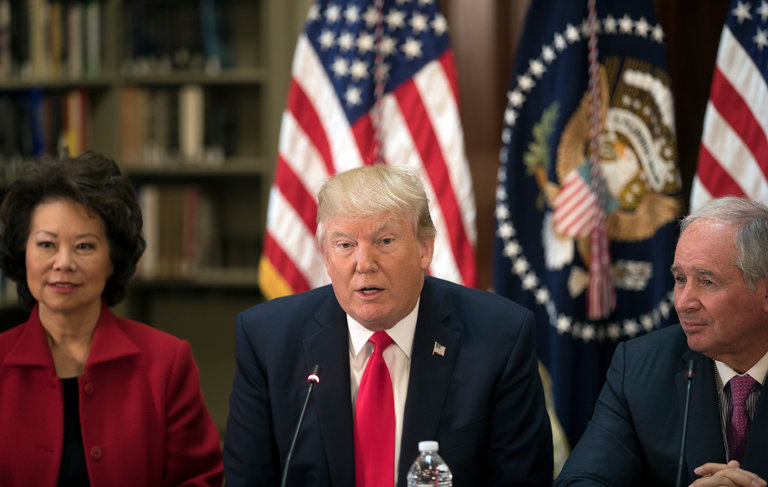 In a four-page report written by the National Security Council, American intelligence professionals assert that both Damascus and Moscow had released “false narratives” with the intent of misleading the public.

Press Secretary Sean Spicer said that there’s “no question that Russia is isolated” in its disbelief of the claims. Mr. Putin vehemently disagreed at the Kremlin on Wednesday, where he hearkened back to the claims made by the United States in 2003 about weapons of mass destruction in Iraq.

Humans have always been credited with the invention of farming, but what if the credit was misplaced? New studies show that ants actually figured out farming long before humans. Ants actually create little gardens that they weed and water. Ants are mostly farming fungus. Can we learn something from these ants that have been farming for some 60 million years? How can we create farms that are just as sustainable? The fungus that they grow is completely dependable on the farming ant and the ants keep it alive. I wonder what else we have to learn from the world around us if we slow down to wonder if we really are the best at everything that we claim.

Promised elections in December 2016 have obviously come up as empty promises by President Joseph Kabila of Congo. The Democratic Republic of the Congo has been engulfed in intense political turmoil with the current president refusing to step down or hold elections. Last year, D.R. Congo’s oppositional party leader Éttiene Tshisekedi, among other party leaders, brokered a deal with President Kabila to hold elections in December. Not only were elections skipped all together, but Mr. Tshisekedi also died in early February this year. His death spurred inter-party divisions that allowed President Kabila to take advantage of the political uncertainty.

President Kabila’s move to put Tshibala in power was seen by the opposition coalition and the international community as contrary to the “spirit and letter of the agreement.” This is a classic example of the savvy political maneuvering Kabila and other similar leaders of DR Congo are capable of accomplishing. Kabila’s administration has praised his appointment of Tshibala as an essential step toward political cooperation and fair elections, despite the seemingly clear mal-intent.

The oppositional party must continue to push their agenda for free and fair elections and more transparency from the national government. They have called for peaceful protests to be organized by the people in response to Kabila’s maneuvers. Hopefully with another round of negotiations and peaceful protests real change can be realized.